You probably recognize this iconic National Geographic portrait “Afghan Girl” by Steve McCurry. And if you’re apart of the photography community, you may have remembered in 2016 the McCurry scandal when people had discovered he had maniulated multiple photos

As a photojournalist, manipulation of photographs is considered unethical and according to NPPA’s code of ethics, photojournalists should not alter events or manipulate images. I completely agree with this and obviously people are going to believe these images are depicting real events, but under what circumstances do or don’t you consider photo manipulation cheating and unethical?

I thought about this recently and how it may apply to me because of an Instagram scandal. One travel photographer/influencer, Amelia Liana, was called out for intensely manipulating her photos. She had included images of herself in different locations, depicting a luxurious lifestyle – she was soon found to be a “fake”.

These of course were composite photos and people were outraged that she was liar. People were annoyed because they either thought they were led to believe they were true events or they themselves had an expectation for them to be true. She even claimed publicly after the media accusations – “all her imagery is actually shot at the time in the location she specifies”. – Yikes. Read the article which rips apart some of her photos.

But what about those who are not deceptive about their photography? And more importantly, why are you always assuming everything is real if its not seen in the news? I believe composite photography is a form of fine art photography. I have no issue with people creating visual images or stories – as one would with other art mediums – painting, drawing, graphics. As any other medium, photography is a digital form of art. Take a look at this artist Holly Rose Stones. She does a lot of portrait work and creates her final image by compositing the finest parts of multiple photos. She creates a seamless image that appears to be magically authentic. It is very clear that her work is fine art and exploratory of her visual mind. So what is the difference between this artist and Amelia Liana? Just the fact that one is dishonest?

To put photography in perspective, here is a quote by Peter Eastway, which helps clarify photography as a visual art form.

“Photographers have a contract with society, in that, when people see photographs many have an expectation that it is real.

If you’re a documentary photographer, I think you need to respect that, but when you are using photography as an art, as I am, the only limitation is your imagination.”

I entirely agree with this and do practice this in my own work. In addition to being able to take artistic photos in-camera, part of the of photographic process is post production. A RAW imagine is an unfinished piece of art that is an outline to a post production image, and since I am not a photojournalist, I like to practice more than just color correction from time to time. I have done as much as remove sensor spots, skin retouching, remove large distracting objects, composite photography, to even morphing myself into an Avatar. I am not so much of a “naturalist”.

I have not always been so fortunate to be able to take an image and have it be the perfect representation I had in my head. With the power of Photoshop and Lightroom, I am able to adapt my my original image to create the image that was currently, only present in my mind. Below are a few examples of my works and the power of Photoshop.

What is your opinion on image editing – as a photographer, artist, or someone who is just an observer? Do you think photo manipulation is cheating?

If you’re a visual story teller, how you use post processing to bring your visual to life? 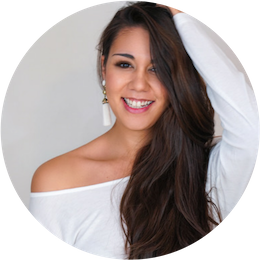 Life is all about perspective! - Hi, I'm Sarah, and I'm a freelance photographer based out of New England. I created Kozak Moments to chronicle my photography experiences as I travel and discover of the beauty of my local surroundings. Join me as I share with fellow photographers and travelers the hidden gems I find along the way... more

GET ACCESS TO THE RESOURCE COLLECTION OF EBOOKS, DOWNLOADS, AND MORE!

GET ACCESS TO THE RESOURCE COLLECTION OF EBOOKS, DOWNLOADS, AND MORE!